My original plan was to travel to Costa Rica from Nicaragua by bus but I was advised by a number of people in the travel forums about the travel delays at the border due to the holiday travel.  When I was looking into booking the airline tickets, I came across the United Airlines Mileage tickets within Central America do not cost much and on top of it, the flight schedules allow us to have 10 hour day time stop over in Panama City. 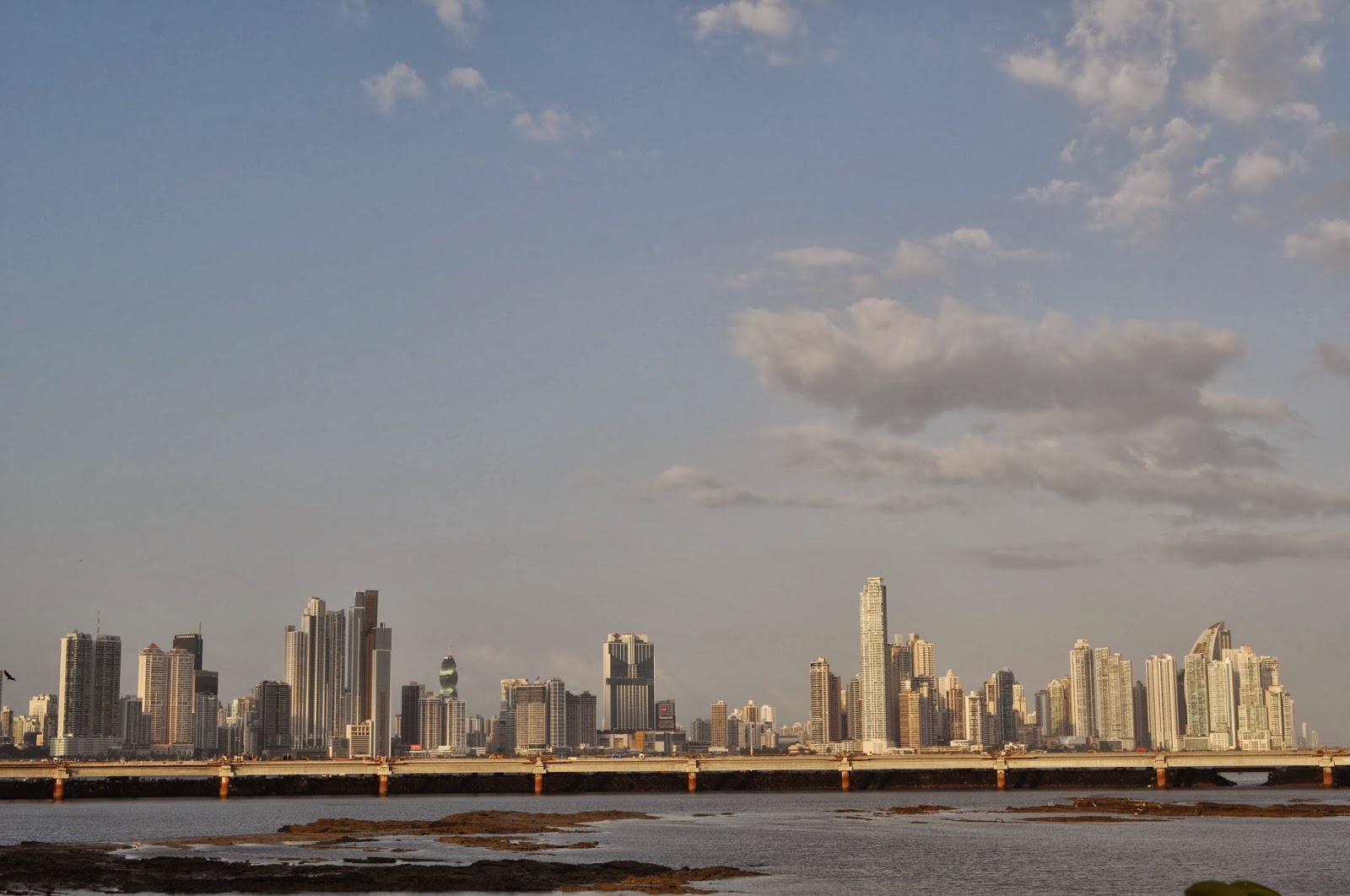 The Panama City airport is such a modern airport with a lot of restaurants and the getting through the immigration/custom was quick and easy even with finger
printing/photographing.  We arrived without any plan for the day, hoping to see the city, see the larger ships crossing the canal and whatever the local tour guide advises.  Luckily, there's not much bargaining for the taxis at the airport and we were able to hire an English speaking driver, Jose, for $80 for four hours with the plan of visiting Miraflores locks first and use the rest of the time for other activities.

When we arrived at the Miraflores Locks @1130am and we were told that there's no ship traffic for the next two hours so instead of watching movie and visiting the museum at the locks, we decided to take a ride to see other parts of the city.  Jose's English was very good and not every one of the taxi driver could speak good English so when you hire a taxi make sure that the driver could speak the language that you could understand ;-)

Jose took us to the Casco Viejo first, it is a nice place with old Spanish style buildings and we just drove around before heading to the causeway drive from where the view of the downtown Panama city is very good.  C 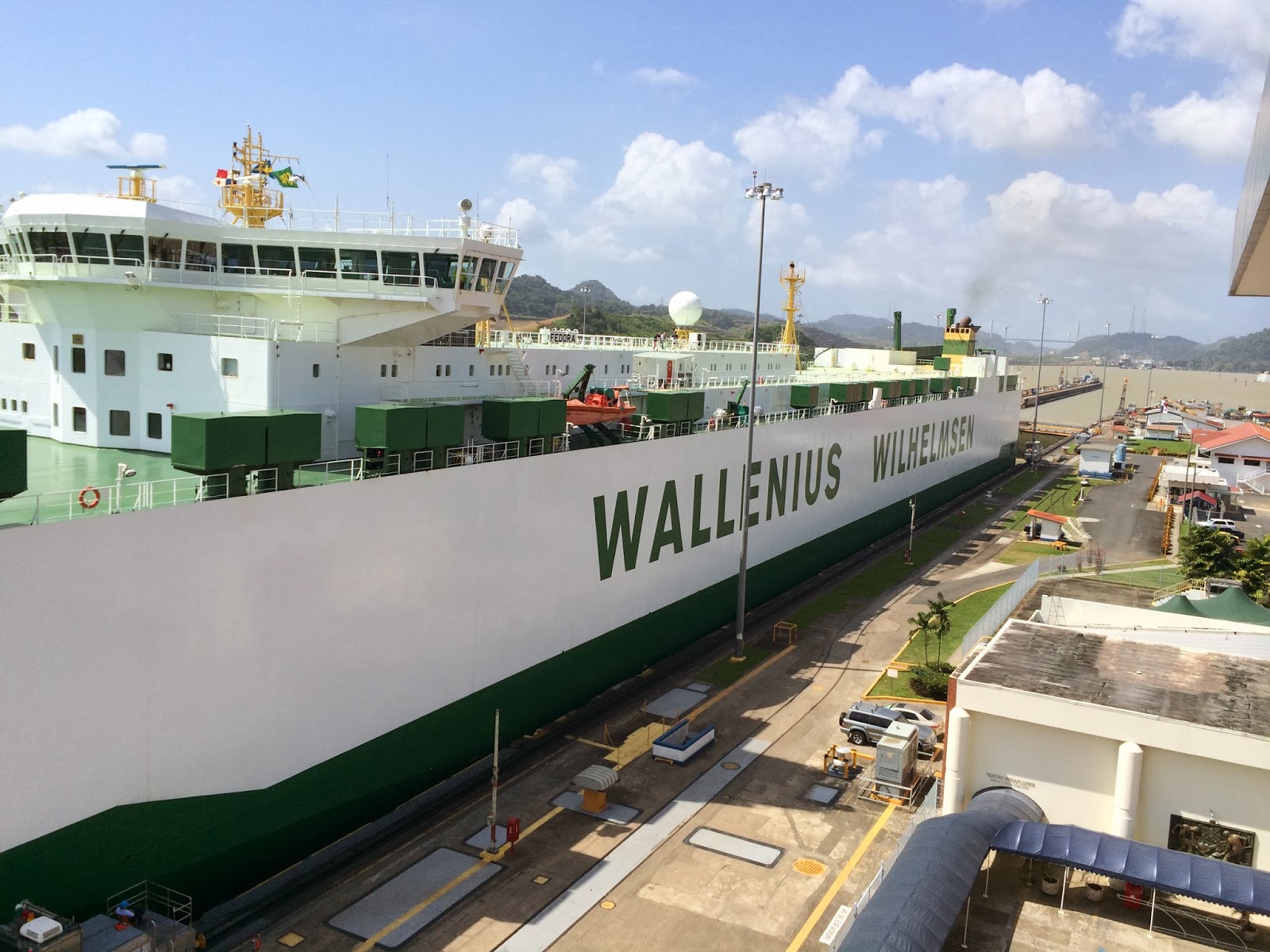 auseway is a man made road (not a bridge) connecting three islands to the mainland - the rocks used to build this road were the rocks removed to build Miraflores Locks.

The roads in Panama City are as good as the roads in USA, so moving around between different parts of the city was not an issue.  The downtown of Panama City was beautiful with modern and very artistic buildings - I can say that the skyline looks better than the Seattle skyline.

When we arrived at the Miraflores @1pm, there was huge ship crossing the canal and I should say that we're lucky to arrive at that time because it takes forever for a ship cross the canal.  Getting the ship into the locks and moving the ship across the locks is done by set of cars on the tracks attached to the ships by cable.  It took more than 45 minutes for the ship to cross the canal through the locks and it is a very slow process.  Instead of waiting for another hour or so to see the next ship crossing, we spent the next 30 minutes in the museum looking at the tools that they used to build the canal, structure and operation details of the canal and other interesting facts.  So going through the museum may be a good time fill the gap between the crossings and after going through the museum, we left Miraflores to Casco Viejo. 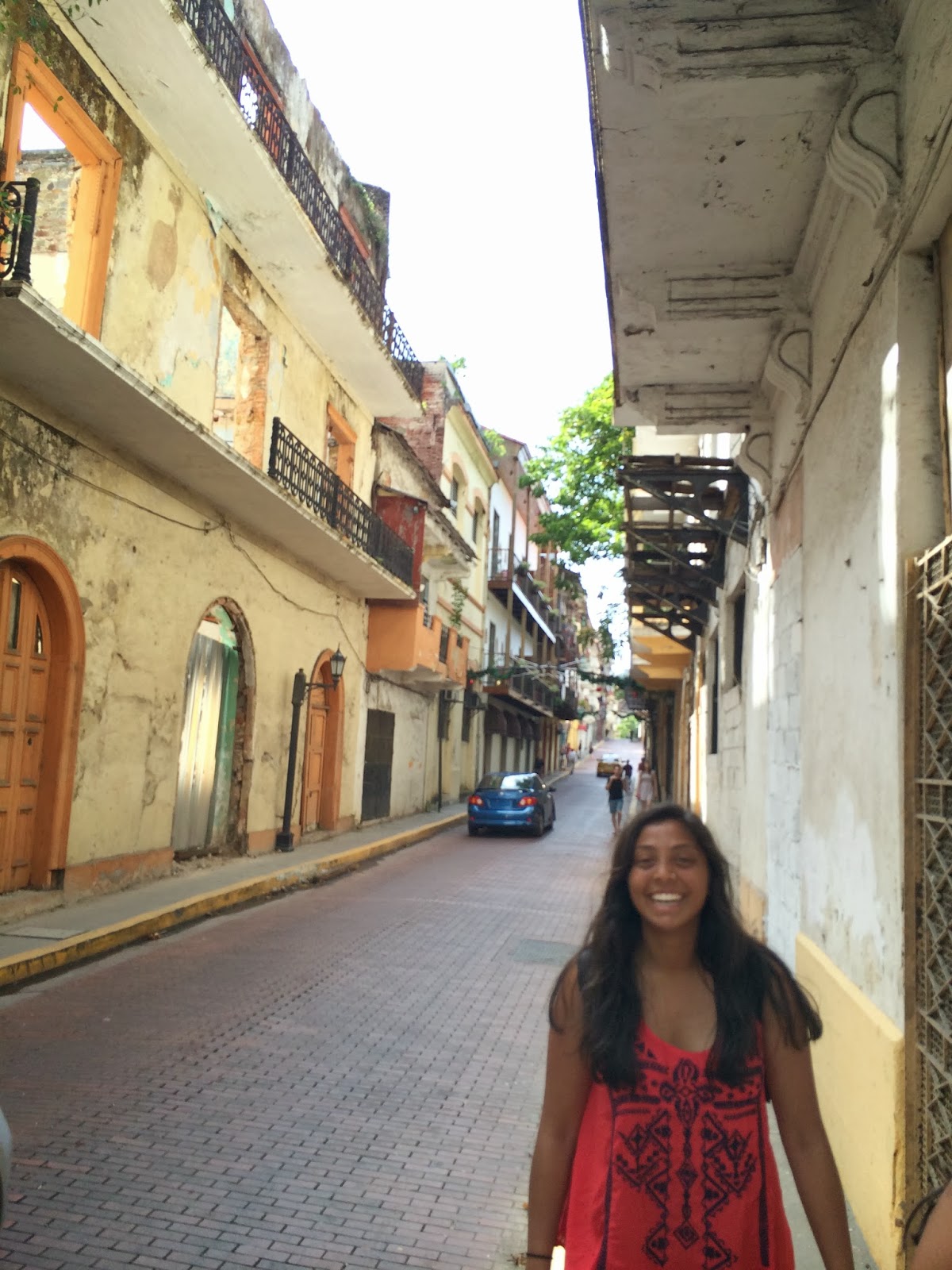 We made the arrangements with Jose to pick us up from Casco Viejo to take us to the airport @7pm.  We got the sticker shock after looking at the prices in the restaurant for lunch after spending relatively less money in Nicaragua, but the prices are not very expensive and less than the prices in USA.  While having lunch, met an elderly mom and her daughter from Philly who were spending a week in Panama.  The mom was complaining about how people are not friendly compared to people in Costa Rica and not speaking in English ;-) 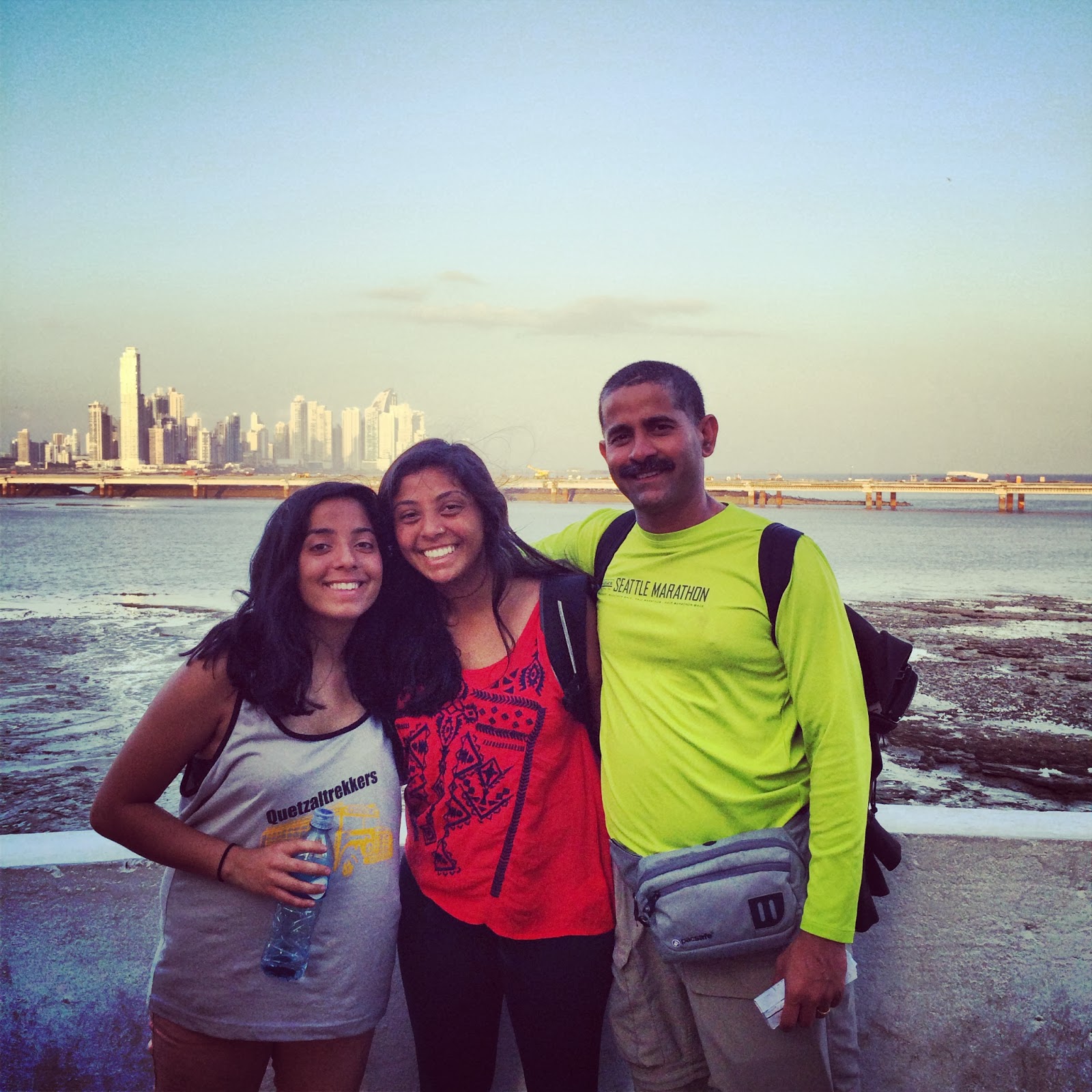 We spent the next 4 hours walking around the town, people watching, enjoying the view of the Panama City and the sunset.  It is one of the happening place for the newly wed or going to be wed to take their photo sessions and young couples to just to hang around.  The architecture of the buildings and the churches are impressive and the government is trying to maintain the same look of the building going forward, but we could see a number of building that need maintenance badly.

I don't think that there is not much to do in the Panama City for more than a day unless you are in to clubs and parties.  If we had more time, we would have spent the time in the downtown area.  We didn't interact with the locals much so don't know much about the local friendliness. 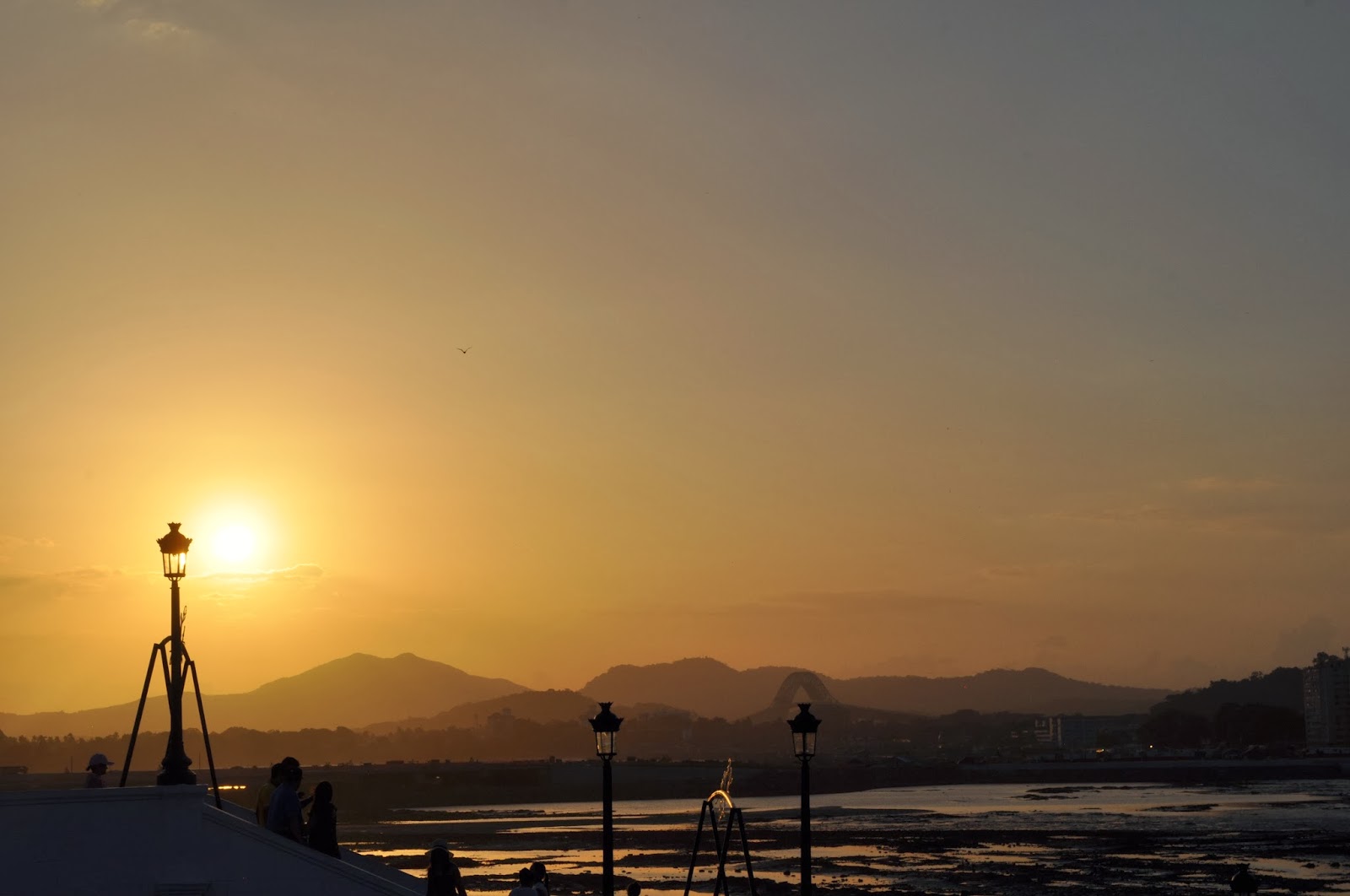