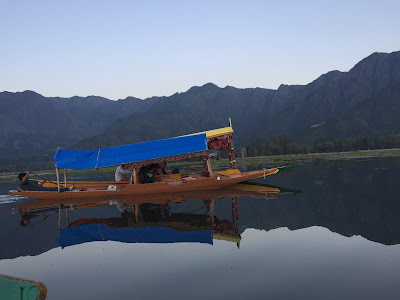 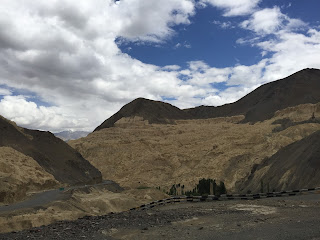 There is a small board at the polo ground in the Manali highway as the new shared taxi stand and I was there very early in the morning (630am) watching different transactions going on there.  There were more taxis than the tourists in the stand, there’s no chai shop around that area and there’s a very poorly maintained toilet at the back of the taxi stand.  There are shared taxis to Srinagar, Manali and to Kargil leave whenever the vehicles get full, and the taxi union controls which taxi goes when. The office (small booth) opens at 8 am and they start announcing the taxi registration numbers and their destinations in Hindi, if you don’t know Hindi, ask the guys who stand around there.  The whole place comes to life only after 8am. 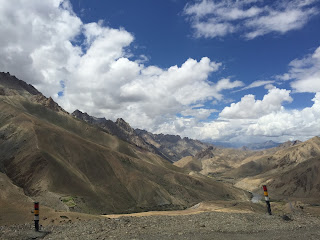 When someone walks in to the taxi stand and enquires about something, there are about 10 people surround him to answer the question or curious about that person :-) Around 745 am one guy came in a vehicle to start selling the regular chai, Leh chai (very salty-pink in color) and Leh bread (naan kind of bread).  There are a lot of people just standing around the taxi stand and driving in and out of the stand, but no vehicles left to anywhere ‘til 9am.  Finally, our vehicle got full around 930 am and we left to Kargil. 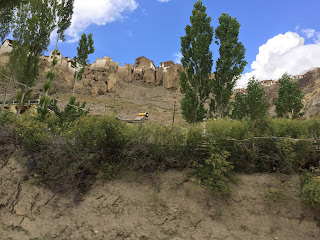 The road from Leh to Kargil is paved highway with a lot of small towns with restaurants and ATMs.  This highway is a five star highway compared to the Manali highway.  The scenery on this road is good but not as breathtaking as that of the Manali highway except the sections after the area called Moon Landing. We reached Kargil in less than six hours even after taking a long lunch break in one of the villages.  Kargil is a decent size town with a lot of shops and restaurants.  I found a hotel very close to the share taxi stand thinking that I’d leave very early in the

morning to Srinagar.  There’s not much to do in Kargil and it is a jump-off point for the trekkers to reach different parts of Kashmir.  I set out to see the only 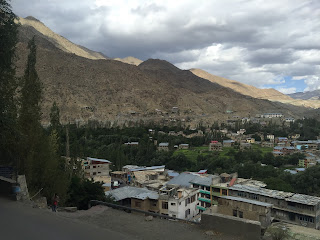 museum in town that has the silk route artifacts, when I reached the museum it was closed.  When I shouted out for anyone, a guy came out from his home below the museum, to open the doors, collected Rs.50 and walked along with me inside the museum to put some pressure on me to see and to get out of the museum soon so that he could do his regular work :-)  After spending about 15 minutes in the museum, seeing photographs, money during the earlier 20th century, things traded during at that time, etc., I went to the town to walk around.  It is predominantly a Muslim town with very few tourists hanging around.  The next-door neighbor in my hotel was in Kargil for business and was planning to leave at 10am by shared taxi to Srinagar, so made arrangements with the shared taxi to go in the same taxi.  Made arrangements with the taxi driver that I wanted to spend some in the Kargil war memorial on the way to Srinagar. 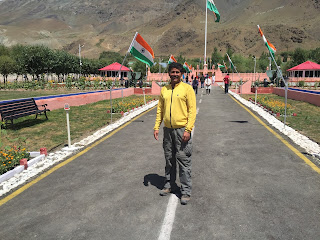 In the shared taxi we had four locals, French tourist (William), a Spanish lady (Itxaso) living in Rishikesh and I, traveled to the Kargil war memorial first.  Seeing the Tiger Hill and the other ridges where the actual war happened, and how close they are to the main highway artery that connects Leh to Srinagar gave a great perspective of the importance of the conflict.  I was disappointed to see no one explaining what happened during the war in English but saw a soldier stood in front of the crowd giving military style speech about the war for about 20 minutes.  And at the end of the speech, he said “Jai Hind” and left, there’s no question and answer 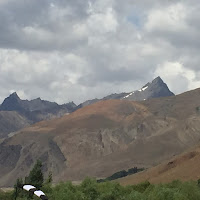 - it was just an one way conversation.  Don’t know why they couldn’t put any interactive media in the memorial to pride themselves of the winning of the war..!  One of the locals in the taxi, Sarvar, was explaining what happened at different points on the road during the war and it was interesting.  But I could sense his leanings towards to Pakistan by the videos that he was sharing and exaggerating the casualties on the Indian side.

The section of the road near Sonamarg was bad and we could see the after effects of the cloudburst there; also this section of the road from Kargil is very dramatic and beautiful.  Sarvar showed us where Amarnath is and indicated that it’s possible to take helicopter to 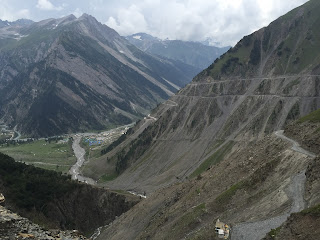 Amarnath from Sonamarg.  As we got closer to Srinagar, we could see a lot of military personal on the roadside but the numbers are not as high as what I expected. 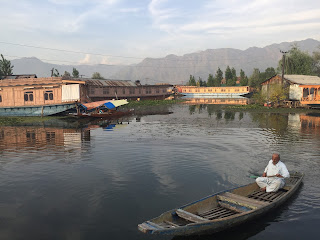 We just sat on the boat talked about our travel stories.  We talked a lot about why Itxaso is living in Rishikesh for the last five years and her stories about traveling in India.  The discussions went into scuba diving when we started interacting a few Israeli guys in the next boat and what the cool places are to teach scuba diving for one of the Israeli guy who has Master certification in scuba diving.  Contact information exchanged between the tourists. 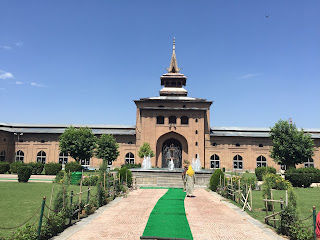 After leisurely having breakfast, I set out to explore Old Srinagar with the Israeli guys with Fridose’s brother.  The Old Srinagar is not impressive and there’re not any old heritage buildings to take a look at and also the mosques are very simple without any extravagant artwork.  The old mosque structure is different from the regular mosque structure where there’s no dome structure but looked like the structure of a church with huge prayer halls.  The visit to the Hari Prabat fort was very good and we had to go to a different part of the town to get permissions/tickets to get into the fort.  There is a lot of military presence in the fort and the view from the fort will let you understand the size of the Dal Lake.

My Israeli friends wanted to visit some of the Mughal parks, so I bailed out 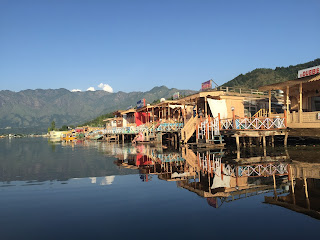 and wanted to go to the Sankarachraya temple.  I was stopped by an inspector, who was registering the vehicles those were going up the hill to the temple, and asked where I was going (I was the only guy who was walking up the hill while everyone else is going by car/auto).  Told him that I would like to walk up to the temple, he started talking to me in Tamil and told me to get an auto to go up because it would take more time and he tried to get me an auto but no one was answering.  So when the next vehicle stopped for registration, he asked them to take me in their vehicle to the temple.  The temple is a simple one with a lot of security (you are not allowed to carry phone/camera into the premises).  On the way back, I hitch hiked and got the ride in a car with a couple Chilean girls, who were traveling in the Kashmir/Rajastan area for three weeks.  Interacting with the police and hitch hiking were a better experience than paying Rs.200 for the auto to go to the temple..:-) 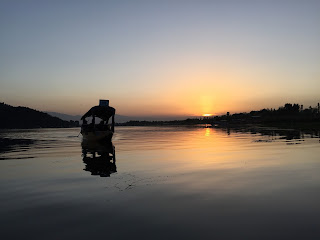 On returning from the temple, I bargained a shikara (boat) for Rs.250 per hour to go on the sun set ride in the Dal lake before returning back to the boat house.  The shikara ride on the lake with less tourists was good and I noticed only one power boat with water skis but overall the lake was calm and nice.  Not sure how the lake will be during the peak season.

End of an Awesome Trip 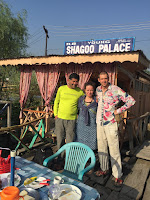 long because of the security but I was wrong.  There was not that many army personal on the way and the security at the airport was through but quick. You will be stopped about a km from the entrance of the airport where you have to scan your bags before you can continue your trip to the airport.  The airport is well maintained and had to go through the security at least in three places within the airport before boarding the flight.  But overall, it was quick and no issues.