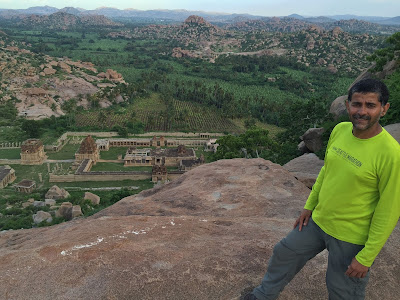 Because of the last minute planning, I could get the train ticket only up to Guntakal and had to take two different buses to Hospet and it took me about 4 hours even though the bus journey was about 2.5 hours.

Instead of destroying the whole structures, the Sultans damaged the god statues so that the temples can't be used for worship.  So all of the granite stone structures still intact but all of the wooden 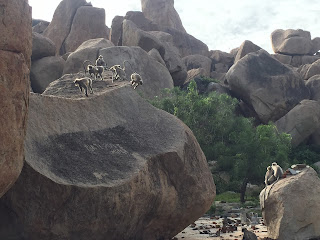 structures burnt down by the Sultans.  This is the place where the god Rama met Hanuman and the monkeys from this monkey kingdom helped Rama to kick Ravana's butt.


Finding a Place to Stay 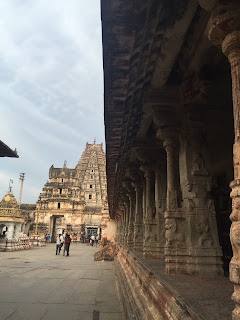 After walking around the Virupakshi temple for some time and booking the bicycle tour for the next day, decided to go to the Hampi island to find a place to stay.  There’s not a single place available to stay but there’s hut in a paddy field was available for Rs. 1000, I decided not to stay there because could not convince myself pay that kind of money to stay in a hut with the basic facilities.  When I decided to go back to Hampi to look for a home stay, I got lucky with a guest house because someone cancelled their room in a guest house in the Hampi island.  I know that I was getting over charged (Rs. 1000 for Rs. 700 place) but it had a nice room and good restaurant to hang out so took it.  Tried to hike to the Sun Set point at the end of the road but I didn’t see anyone there in that remote place, so decide to get back to the hotel to chill. 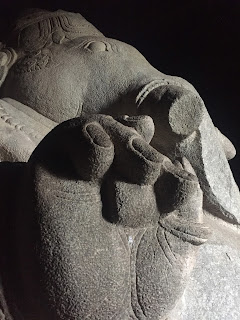 and walked around the Hampi bazar & the surrounding areas.  The bicycle tour supposed to start at 930am but by the time we got our bicycles and a group of people who were going along in the same tour figured out how to ride the bike, it was about 1030am.  The guide was good, we took our own time going around the places and the guide arranged for picnic lunch for the people whoever interested in the group (almost all of us).  My expectation of Hampi was that it’d be more like Kajerajoo but it’s mostly ruins.  Since I am more interested in the history and I really enjoyed even though there’s not many sculputres.    The tour ended around 4pm (it’s supposed to be from 930 to 2pm…so goes the Indian Stretchable Time), and after that I climbed the Matunga hill.  After reaching about 80% of the hike, got scared to climb the part of the hill where you walk along the edge.  There were few other guys from Hydrabad were also sitting and finally we decided to go up, but it was not that bad…the views from there amazing and it is very well worth the hike. 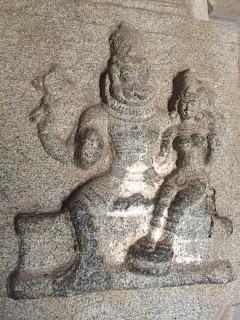 The crowd to get in the boat (no queue as usual) to go to Hampi island at 530pm was huge and somehow managed to get in the boat to reach the Hampi island before 6pm  Went straight to the hangout place mentioned by a couple of German guys in the bike tour, and it was fun.  People playing music and dancing ’til it was dark, stumbled down in the dark to reach the road with all others. 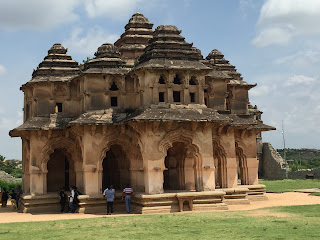 Settled in a nice paddy field view seat in the restaurant, to be joined by a nice couple from Bangalore.  Not sure how it started, but when we started to discuss about the marriage and living together, they started talking about their dilemma.  In their case, they were living together for two years and the girl is afraid to get married and don’t want children but the guy wants to get married to have children.  So we all started to talk about different people I know of and what they did, what I did and 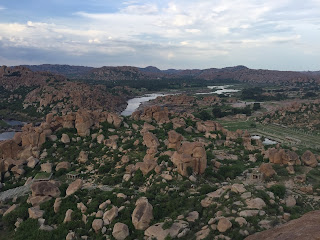 what they are thinking of, the discussions went on ’til 1am.  The more beer we started to have, the discussion was getting very personal and the restaurant guy had to kick us out at 1am, we split after exchanging our contact details.  I was very careful not to open my mouth too much (because I know about my self :-) ) but was just listening.  There’re no conflicts and different point of views exchanged.  Nice couple and hope they make the right decision and have a happy life. 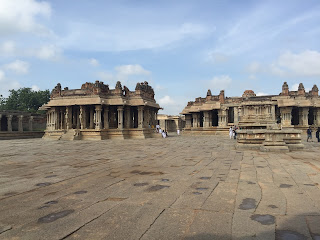 Walking To Vittala Temple
During my stay in Hampi, I was eating my breakfast on the roadside places because none of the places were open for breakfast at 8am.  The last day, walked to the Vittala temple that’s about 2km from the bus stand but everyone keep saying that it’s only 1km from the bus stand so plan for a long walk without any shade but it is well worth it.  Got a guide in the temple and he’s not that good but tried to overcharge me and after 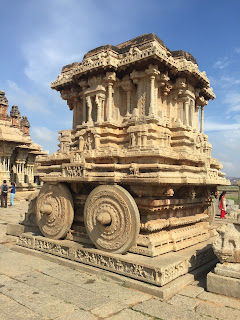 checking with someone, I went back collected the money above the official guide charge.  Met a couple from Hydrabad and with them we were trying to get the coracle to get back but there’re no coracle waiting so had to walk back.  The other option is to take auto from the Vittala temple for Rs 200 to get back to the town.  On the way, met a guy who quit engineering, that his parents forced to study, and got into photography to have some interesting discussion. 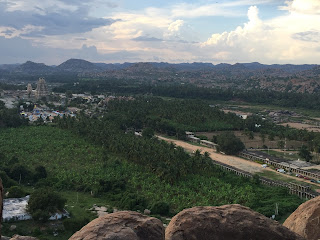 Left Hampi around 1pm after having lunch to reach the railway station around 145pm.   I was afraid that the train may not be on-time, but I was lucky that the train was only 15 minute late and I was able to catch my connecting train without any issues.

Overall, it was a great trip and enjoyed meeting interesting people, and the overall Hampi experience is different from what I expected.